Daud has been featured on BBC TV News and BBC News online regarding one of his clients, whom he successfully represented in an appeal against a Home Office decision.

He has also been a guest speaker on BBC Radio and two UK local Radio Stations where he commented live on callers’ cases involving Home Office policies on Family Migration and Skilled Workers.

Daud provides clients with thorough and practical advice and assistance with all aspects of UK immigration law and enjoys finding innovative and ‘out of the box solutions’ to clients’ complex and sensitive problems. In addition to his specialist immigration law expertise, his generalist legal and business knowledge give him great acumen when he analyses and plans clients’ cases and collaborates with clients’ Tax and Financial Advisors and other professionals to achieve the optimum outcome for clients.

He has a proven track record in in conducting Appeals in the First-tier Tribunal as well as the Upper Tribunal which span the full range of immigration and nationality matters, Administrative Reviews and Bail Applications. He also represents clients in Appeals and Reviews to the Special Immigration Appeals Commission (SIAC) which involve matters of Depravation of Citizenship or Exclusion from the UK on grounds of national security or public interest grounds.

Daud Ouattara had worked with a highly reputable firm of Solicitors as their Immigration Supervisor where he conducted the Country Guidance case of SSH and HR (illegal exit: failed asylum seeker) Iran (CG) [2016] UKUT 308 (IAC). He also acquired substantial experience in assessing cases for and conducting Judicial Review challenges in the High Court and Upper Tribunal (including Pre-Action Protocol Letters and drafting grounds and other legal representations). Before his current role, he worked as a Senior Lawyer for the UK’s largest specialist immigration law firm for more than two years.

He had previously served with the Citizens Advice Bureau where he assisted clients during face to face interviews and also via the National Adviceline. That assistance covered a range of generalist legal issues including welfare benefits, consumer, family, housing and employment.

Daud is a member of the Joint Council for the Welfare of Immigrants (JCWI) which is an independent national charity which exists to campaign for justice in immigration, nationality and refugee law and policy.

Contact Daud Ouattara today to begin your journey of finding an answer to your immigration query or problem. 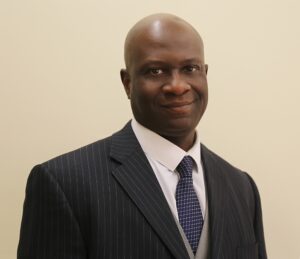