Yasmin is the Director of AGI Criminal Solicitors Ltd. She trained at the one of the Leading Criminal practices in Manchester and since qualifying in 2002 and has gained a wealth of experience having worked for a number of leading firms in Manchester specialising in Crime and Fraud. Her areas of Practice include Criminal Law, Fraud, Benefit Fraud, Prison Law, Extradition law. Having obtained her Higher Rights in 2008 and she now predominantly undertakes work in the Crown Court representing clients charged with serious offences. She has previously served on the Board of Directors (for 10 years) of Partners of Prisoners which a national charity is aiming to assist Families of Prisoners.
Since 2005 she has represented and continues to represent the only 1989 Extradition Prisoner left in the United Kingdom. This has been described as the ‘longest extradition battle’ Telegraph 8th June 2015. Phillip Harkins is challenging the potential imposition of Life Without Parole for the offence of Felony Murder in the state of Florida would be a breach of his Human Rights. His case is presently before the Grand Chamber at the European Court of Human Rights.

In 2016 she was recommended in the Legal 500. She has appeared on BBC Radio, BBC Television and has been featured in Newspaper Articles.

R v A – June 2017 – Terrorism – represented a client who was investigated for Terrorism Offences.

Harkins v UK Govt – 11.1.2017 – Solicitor who represented the Applicant at the hearing before the Grand Chamber at the ECHR in Strasbourg on LWOP in the Extradition Context.

R v MC (Operation Linear 3) 2016 – As the Advocate in this case, secured an acquittal for a 17 year old charged with making indecent images after successful dismissal arguments at Nottingham Crown Court. Thereafter in this case the prosecution sought to make an application for a Voluntary Bill of Indictment which was refused after written submissions made by Yasmin and accepted by the Court. The prosecution were represented by a QC.

R v M – (Operation Linear No 2) 2016 – Successfully argued an Application to dismiss charges of Indecent Images where there were lengthy legal arguments in relation to Accessory/Principals.

R v S – (Operation Mitchum) 2016 – Advocate for the beneficiary in a large scale Immigration Fraud involving the Khalsa Missionary Society in Manchester. The defendant was the only person to receive a suspended prison sentence.

R v D – (Operation Linear) 2016 – Successfully acted Junior for the third defendant in a large scale sexual exploitation case. The scale of the case, including the number of allegations and defendants involved, has led the court to describe the case as exceptional and possibly unique. After a Forty Day trial at Nottingham Crown Court on successful submissions of no case to answer all the defendants were acquitted.

R v Black and Ors 2016 (Operation Tahiti and Operation Isidor) – Large Scale Operation involving Conspiracy to Supply Class A Drugs & Conspiracy to Convert Criminal Property, The investigations commenced as a consequence of the co-defendants being connected to Dale Cregan.

R v T (2015) defended a man charged with an historical rape allegation dating back to the 90’s.

Harkins v UK – Rule 39 stay. Articles 3 and 6 ECHR challenges to the UK’s decision to return the Applicant to the US where if convicted he will face a mandatory sentence of life without parole.

Scots prisoner’s ‘last hope’ of avoiding extradition to US in …

Attorney General’s Reference No.23 of 2008 (Bruce Lee) [2009] 1 Cr.App.R.(S.) 355, CA – Successfully represented a client in a Attorney Generals reference in relation to whether a sentence of 5 years for a client who was charged with Possession of a Firearm with intent to endanger life and whether shooting in the direction of police officer was unduly lenient. Held: sentence was not unduly lenient.

R (on the application of Lynch) v Secretary of State for Justice [2008] All ER (D) 210 (Nov) – Represented a Category A Prisoner, the panel reviewing the category status of the claimant had failed to take a number of material factors into account in its refusal to downgrade his status from category A to B. 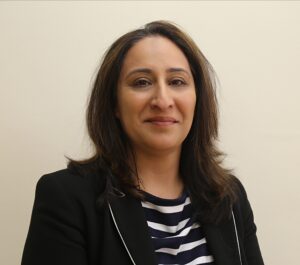