Hannah has a dedicated and tailored approach when it comes to her clients and their particular needs. She has particular expertise in representing those most vulnerable whether they are detained in a prison, hospital setting or court of law. Her main focus is to fight for justice for her clients.

Her cross over in Criminal and Mental Health law enables her to deal with complex and sensitive cases in a way that ensures representing the complete needs of each client.

Hannah regularly represents clients before the Criminal Courts, the Parole Board and before the Hospital Managers and she is highly commended for her meticulous preparation.

Hannah is regularly commended across the legal profession including from lay clients and social workers for example, a recent testimonial from a social worker involved in the care of one of her clients was truly impressed with the way she has ‘advocated for the needs and support’ of an extremely vulnerable prisoner, seeking release before the Parole Board. The case is ongoing.

SSJ v M – Currently representing a life sentenced prisoner who is regarded as one of the most vulnerable prisoners in female estate. The Parole Board has directed release in principle at the first parole review pending a robust support package.

R v I (2020) – Defended a client and was able to secure a finding in favour of a mentally disordered defendant accused of assaulting a prison officer.

R v I (2020) – Defended a client initially charged with sexual assault. Client was sentenced to a supervision order allowing for his treatment in the community. Client was found to have committed assault as opposed to sexual assault following expert defence evidence and a finding of fact hearing.

SSJ v W (2019) – Secured release of an IPP prisoner with complex needs following hearings before the Parole Board. Successfully argued against the use of polygraph testing proposed by the Secretary of State as a licence condition in light of her client’s learning disabilities.

R v C (2019) – Successfully appealed the sentence of a mentally disordered young offender who was wrongly convicted of assaulting a prison officer. Legal argument centred on the abuse of the prison discipline procedures and was accepted by the Chief Magistrates Office.

SSJ v P (2018) – Defended a prisoner who was charged with possession of a mobile phone. Sentenced to a suspended period of additional days which resulted in his re-acceptance to open estate. 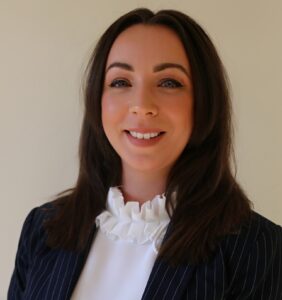 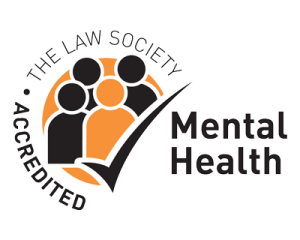 Excellent Feedback from the Tribunal and Professionals of our Mental Health Team.

“I had Hannah in front of me recently at a MHRT Hearing.
I just wanted to say how impressed I was by her excellent advocacy, her marshalling of the arguments and her well prepared grasp of the salient issues.
The Tribunal psychiatrist remarked that Hannah had dealt with her very vulnerable client with great sensitivity and I agree.
She will go far!
David – Mental Health Tribunal Judge”

“I also would like to give you some positive feedback. I was very impressed by your skills as Ms T solicitor at her tribunal. Your approach and style are excellent. Your attention to the details of the evidence was impressive and the way in which you asked questions of everyone was kind and assertive, in my opinion, not an easy balance. you are one of the best tribunal solicitors I have worked with.
Locum Consultant Psychiatrist”